When it comes to firearms, suppliers are missing an opportunity to generate ROI by coating firearms in diamond-like carbon coating. In a nutshell, by coating parts of a gun in DLC, dealers are able to guarantee a longer lifespan and less maintenance on the firearm. This then allows the firearm to sell at a higher price point, thus generating ROI for the manufacturer.

Read on to learn more about diamond-like carbon coatings, how they impact performance without impacting the fit or function of the gun, and more.

DLC, or diamond-like carbon coating, is an amorphous matrix of nano-crystalline diamond and nano-crystalline silicon carbide. The unique combination of these elements gives DLC a wide range of properties only surpassed by pure diamond.

It’s unlike any other thin-film used in firearms. While graphite and diamond are at two ends of the spectrum in terms of hardness, friction, toughness, and thermal conductivity, DLC manages to combine the properties of both to create a coating that is both exceptionally hard, yet also extremely slick.

Like graphite, DLC is known for its low friction coefficient and is also very inert to chemical attack. However, similar to diamond, it has a high hardness and high thermal conductivity.

BIG IMPACT ON PERFORMANCE, ZERO IMPACT ON FIT OR FUNCTION

Whether a gun is being used for sport or for security, DLC protects the inside and outside of the gun while providing a high-end matte black custom finish. DLC is self-lubricating, conformal to the substrate, and resistant to abrasive, adhesive, and corrosive wear. This means that it is not brittle and does not chip to form sharp cutting edges. 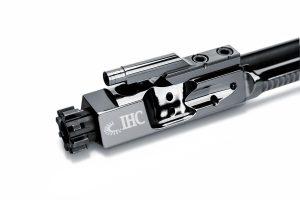 DLC can be applied to even the most intricate and high-risk parts of firearms due to the unique application process. Its applied to parts of a firearm by a proprietary plasma-assisted chemical vapor deposition process, ensuring each part is coated evenly.

And due to the extreme lubricity of DLC, coating parts in the thin film allow the firearm to be cleaned much easier, shortening the maintenance process.

By taking the initial investment to coat parts in DLC, firearm manufacturers can then guarantee enhanced performance and lengthened lifespan for the firearms being supplied. Not only does this allow dealers to increase the price point of the gun, but it also allows them to create a reputable brand name in the industry for providing high quality, high-performance firearms with little maintenance. 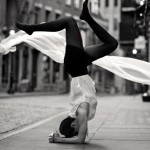